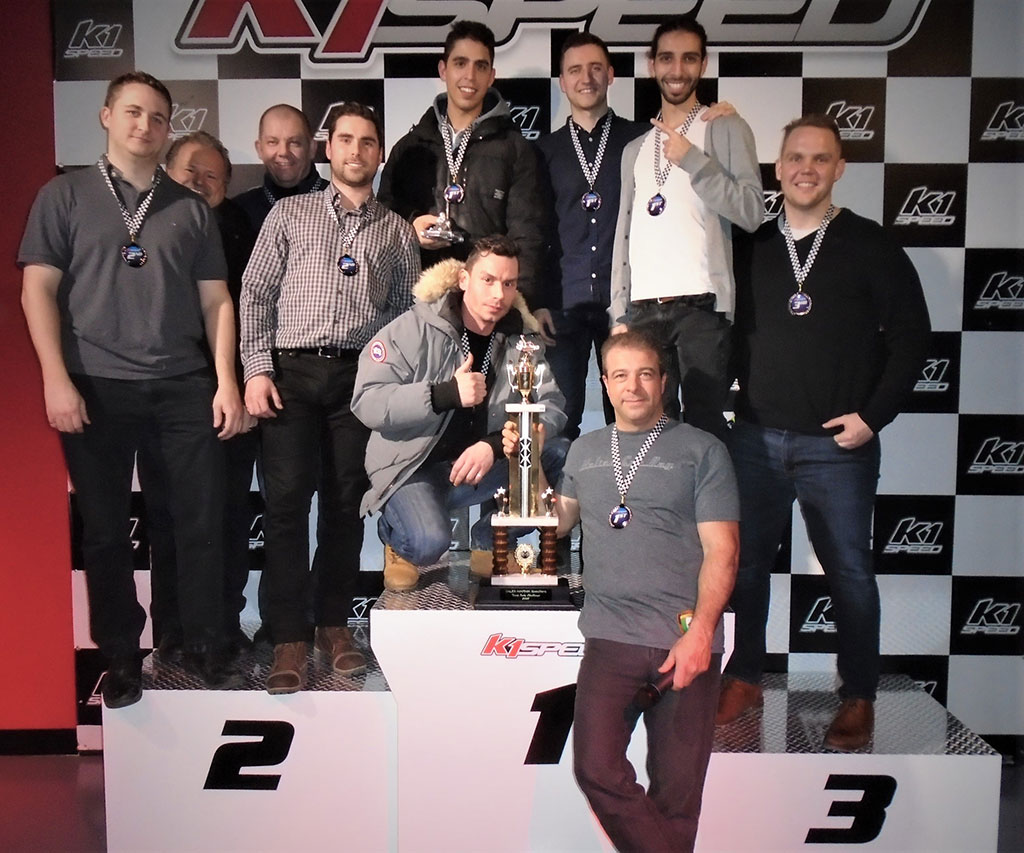 Salex hosted our tenth annual Formula 1 Specifiers Challenge on Wednesday, February 7 at Grand Prix Kartways in Downsview, Toronto. Since 2008, the annual Specifiers Challenge has brought together consulting engineers in the lighting specification industry for an evening of socializing and high-speed fun.

Although the winning team received the coveted Specifiers Challenge trophy for display at their office until the next edition of go-karting, the rounds of practice, qualifying and team racing all came down to the final individual race. The third fastest individual lap time went to HH Angus’ Ben Debruyne, Andrew Perrotti of e-lumen came in second, and the first place individual of the night was Segio from RJ Burnside.

Congratulations to all winners of the night, and special thanks to all who came out and made this year’s Specifiers Challenge even better than the last. Until next year!