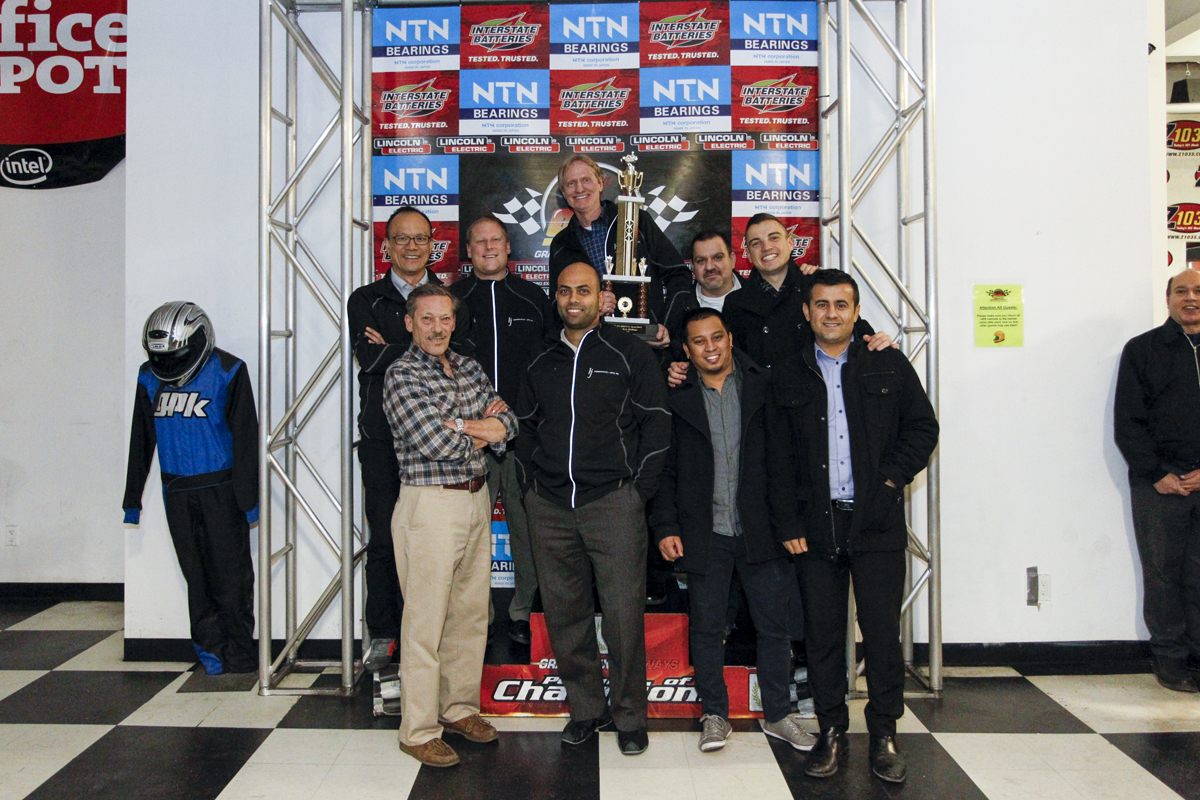 On November 24, we hosted our eighth Formula 1 Specifiers Challenge at Grand Prix Kartways in Downsview, Toronto. The annual event started in 2008 as a way to bring together consulting engineers and landscape architects among the lighting specification industry and over the years, has become a highly anticipated evening of socializing and fun competition.

Although the winning team received the coveted Specifiers Challenge trophy for display at their office until the next edition of go-karting, the rounds of practice, qualifying and team racing all came down to the final individual race. The 10 fastest drivers of the night competed and the winner was Paul Boken from Mulvey & Banani!

Thank you to everyone who came out and made this year’s Specifiers Challenge even better than the last. See you all again next year!

Want to stay current on lighting news, events and manufacturer updates? Follow us on Twitter at @SalexLUC