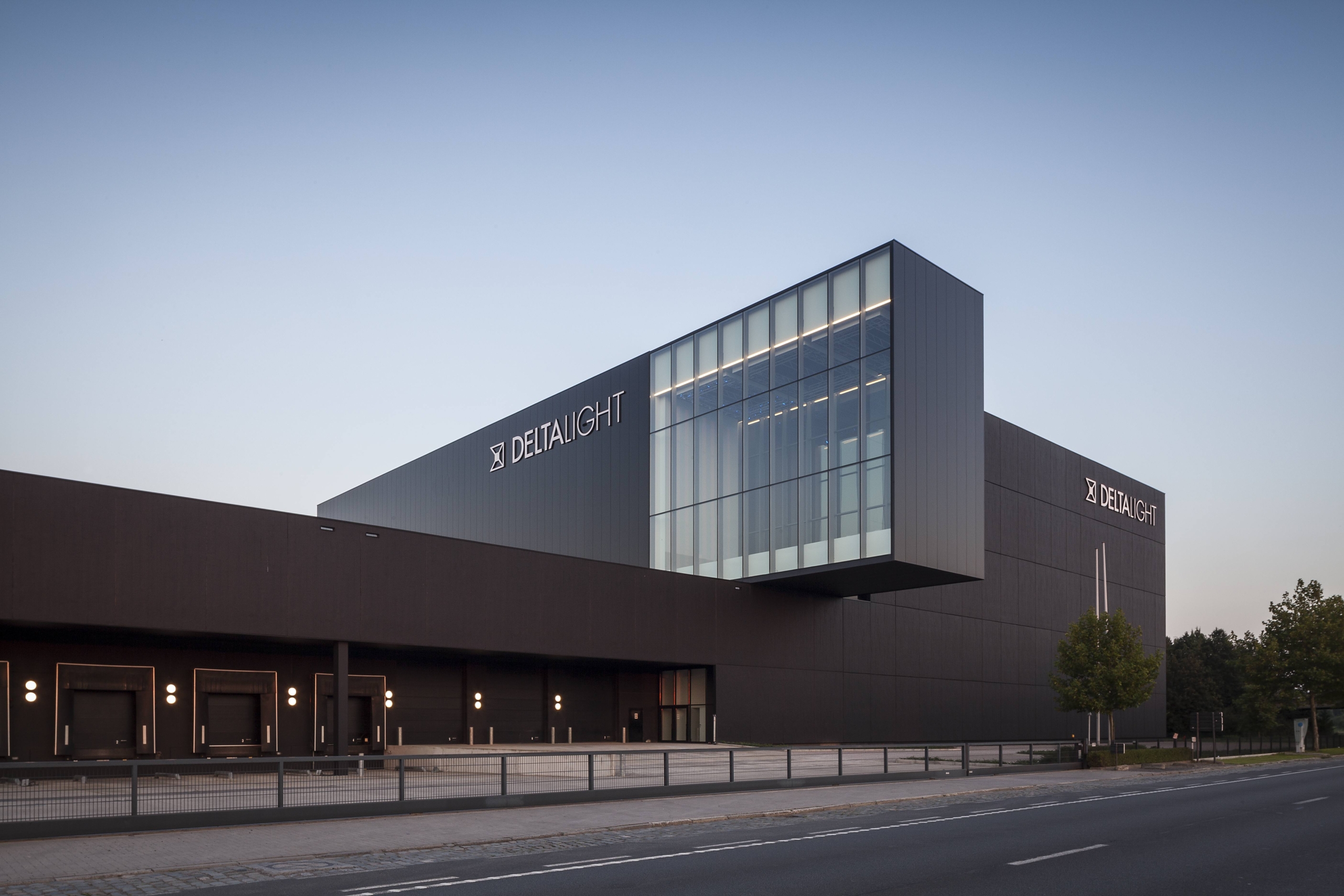 When we arrived at Delta Light’s headquarters, we were greeted at reception and given a tour of the company’s beautiful facility. Even before the addition of its new wing, the building was stunning. With the completion of its expansion, Delta Light’s headquarters has become an architectural eye-catcher! The headquarters expansion is a symbol of the company’s international ambitions for growth. Its new wing features an impressive 26-meter high architectural lightbox that has 307 meters squared of glass surface area.

To commemorate this milestone year, Delta Light invited four internationally renowned artists to create pop-up art installations for display in its lightbox. Fred Eerdekens, Tom Dekyvere (a.k.a. Them Sculptures), Ian Wright and Bompas & Parr each created an installation representing one of the company’s core values. The installations were perfectly incorporated into the party with a dramatic lightshow involving more than 10 sound technicians. To top it all off, the party was hosted by electronic band Cookies and Cream.

Delta Light was founded in 1989 by designer Paul Ameloot. Today, it has become a market leader and trendsetter in architectural lighting. We’re grateful to have been part of the grand opening of Delta Light’s  headquarters expansion and are excited to watch the company reach its goals in 2016 and beyond! For video from Delta Light’s party or to relive the memories, watch its official grand opening movie.

Want to stay up to date on lighting news, events and manufacturer updates? Follow us on Twitter at @SalexLUC