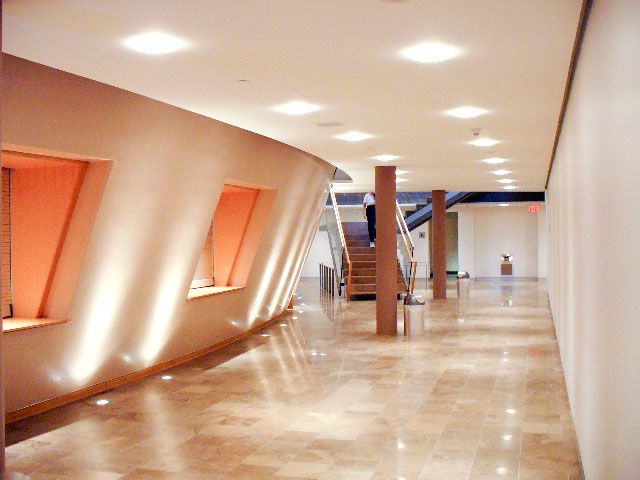 The Four Seasons Centre for the Performing Arts was the first large-scale project in Toronto to realize the full potential of LED luminaires, making its lighting state-of-the-art at the time.

Working closely with Mulvey & Banani, Salex manufacturers were involved in lighting the entire opera house, including all theatrical lighting and controls.

Initially creating mock-ups for the building’s lighting design, the goal was to use appropriate lighting levels that weren’t overpowering or particularly visible. To smoothly integrate the lighting fixtures with the sophisticated architecture of the centre, a number of custom fixtures were manufactured for this project. The linear LED lights in the balconies for example, are custom-made to be hidden from view. Similarly, staircase handrails are illuminated with LED fixtures that are discreet. Other major products used in this project are Zumtobel’s downlights, in-grounds from ERCO and wall-mounts from Insight.