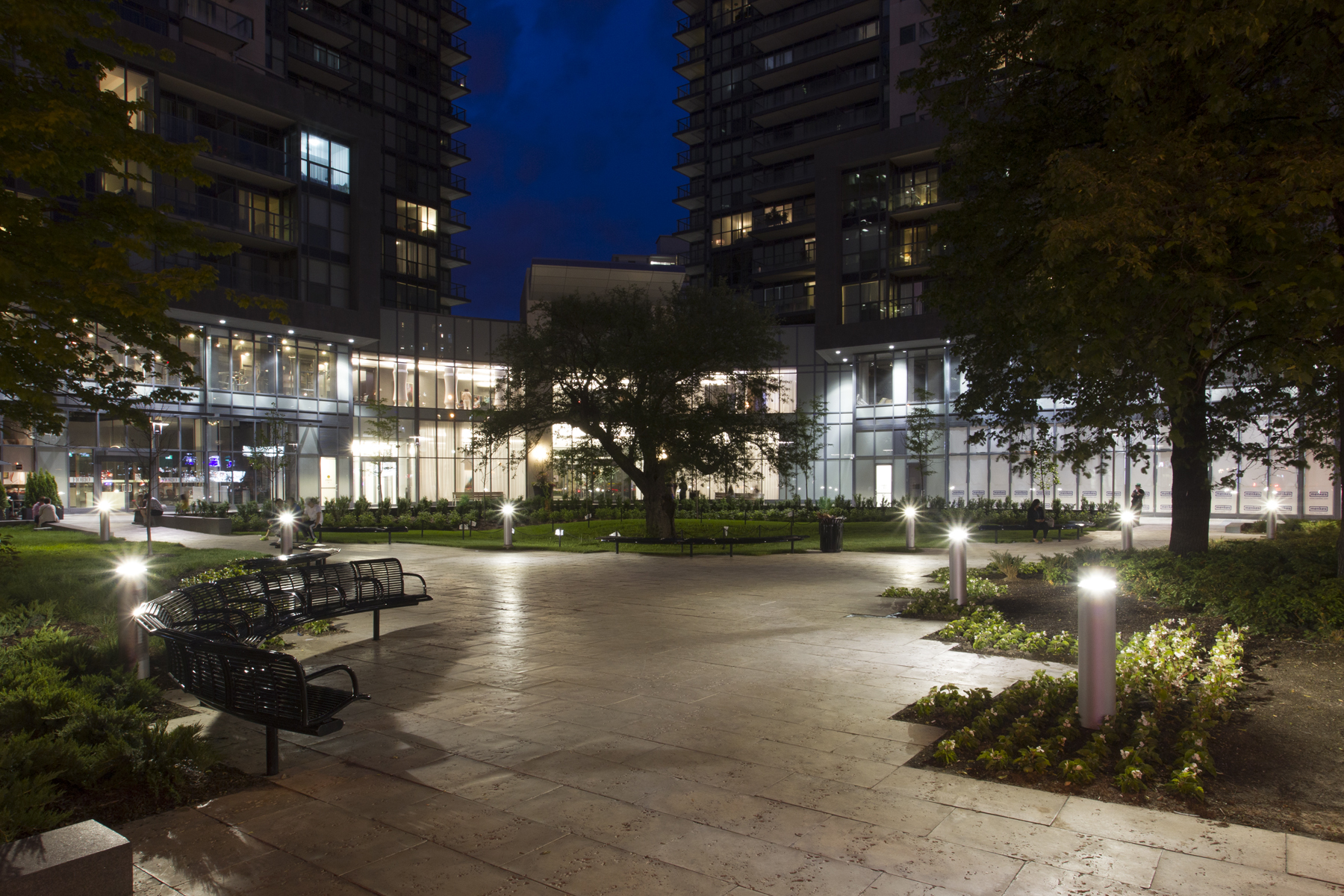 Gibson Square consists of 2 condominium towers with retail uses at grade and is connected to the City of Toronto’s Rose Garden and Gibson Park. The parks were redesigned to best merge the new context of the towers and the surrounding green space.

Salex is responsible for the majority of the condominiums’ exterior lighting. We worked closely with NAK Design Group to select the fixtures and placement and our in-house applications engineer confirmed the photometry to ensure compliance with IES and local municipal lighting requirements.

Gibson Square’s exterior is predominantly illuminated by fixtures from Greenlee, an LSI Industries brand. They include inground uplights from its RDB/RDS Series, bullet highlighter uplights from its BAL Series and bollards from its Hyperion Series. Additionally, Selux’s Saturn LED post-top fixtures are also prominently featured around the two condominium towers.