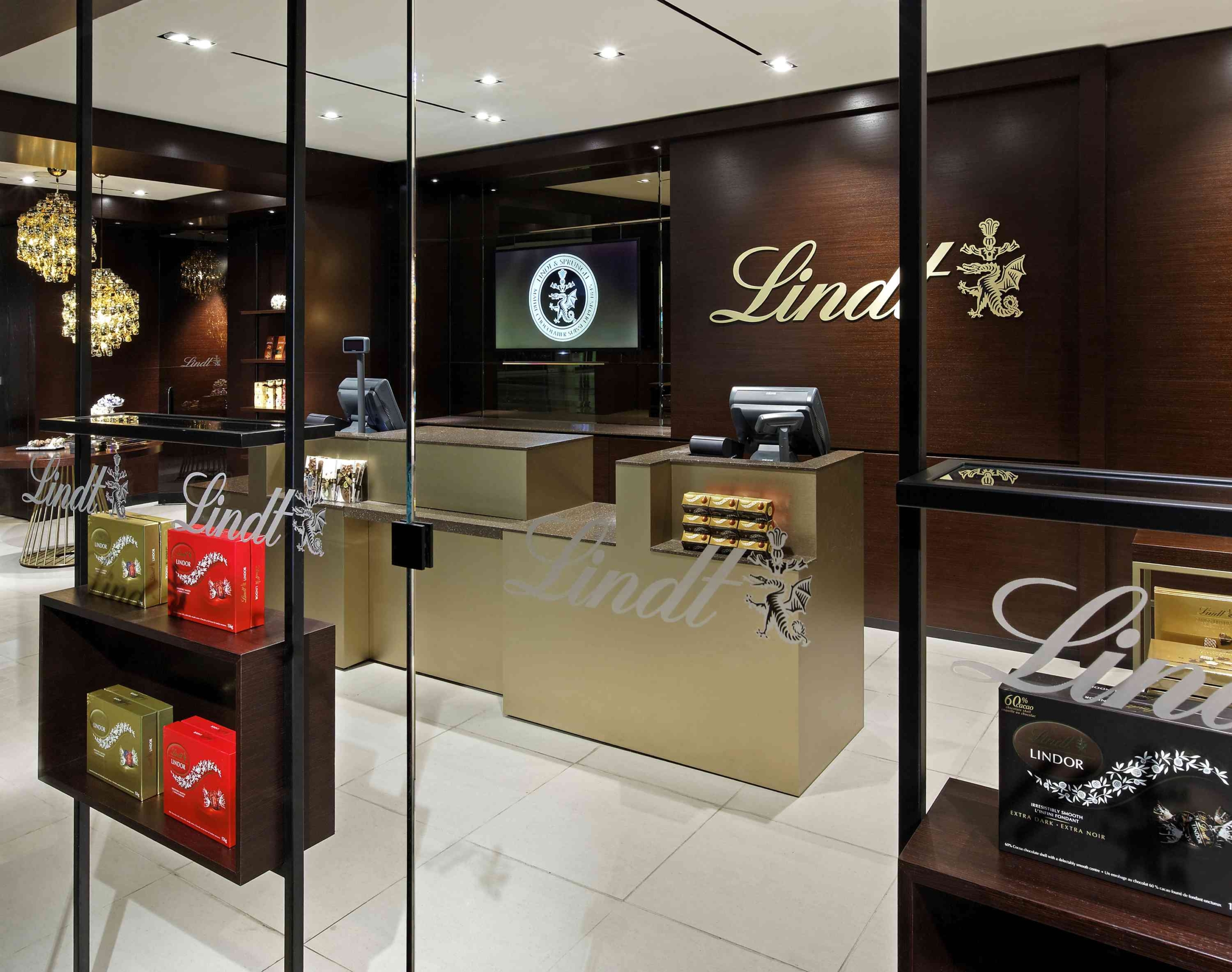 Reducing the number of poles and utilizing the streamlined fixture heads allows for a theatrical lighting effect in an architectural concept. The effect is thrown and not just a straightforward circulation of light, offering a more romantic effect that showcases the modern furnishings well. The fixture poles are similar to poles being used along the downtown Toronto waterfront. Visible from the 15th floor, this creates a stylish tie-in.

Previous locations have used track lighting with a row of signature pendants hanging above the cash area. Veering away from brand standards, the lighting design, which was an integral part of the interior design, features LED recessed, trim-less luminaires. The brand standard pendants were relocated to the front entry of the store to create more of a wow factor.

Previously, the brand had had issues with their red packaging showing up orange under the existing lighting. They were therefore receptive to the alternative proposed, which used bulbs with a higher CRI Index (between 80-90), allowing for a truer representation of the product. LED fixtures were chosen given the sensitivity of the product to heat.