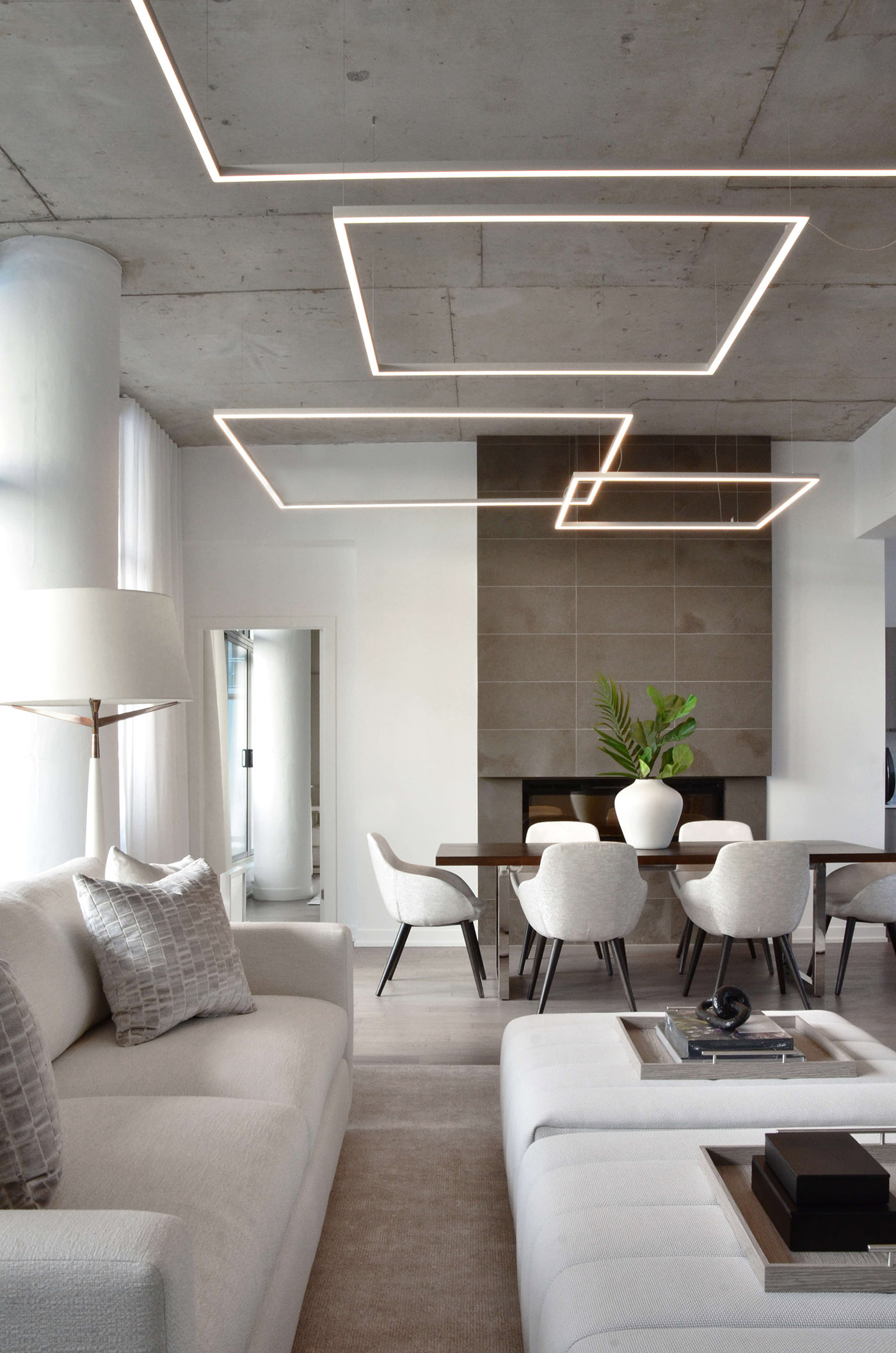 An International Design Guild winner, Tara Fingold of Tara Fingold Interiors (TFI) is regarded as one of Toronto’s most respected designers. TFI is known for creating and decorating spaces to reflect the personalities and lifestyles of the firm’s diverse clientele.

Fingold is also known to be meticulous and process-driven from the initial concept stage to the overall construction process. TFI was recently approached to design a high-end condominium space for a client in downtown Toronto.

The interior design firm reached out to Salex to advise on appropriate lighting that would complement and unite their chosen interior design features. One of the challenges in selecting lighting for this space was to create an even light distribution that would create a warm, inviting space. With the client’s love for light and wanting each room to be brightly illuminated, Salex suggested SATTLER’s Gioco pendant, as the application is designed to create and distribute a smooth and even light. Another challenge was to install lighting onto the living room and dining room’s concrete ceiling, as the team needed to remote drivers. As Gioco can be mounted, its four current-carrying steel cables were ideal for this condo’s light installation.