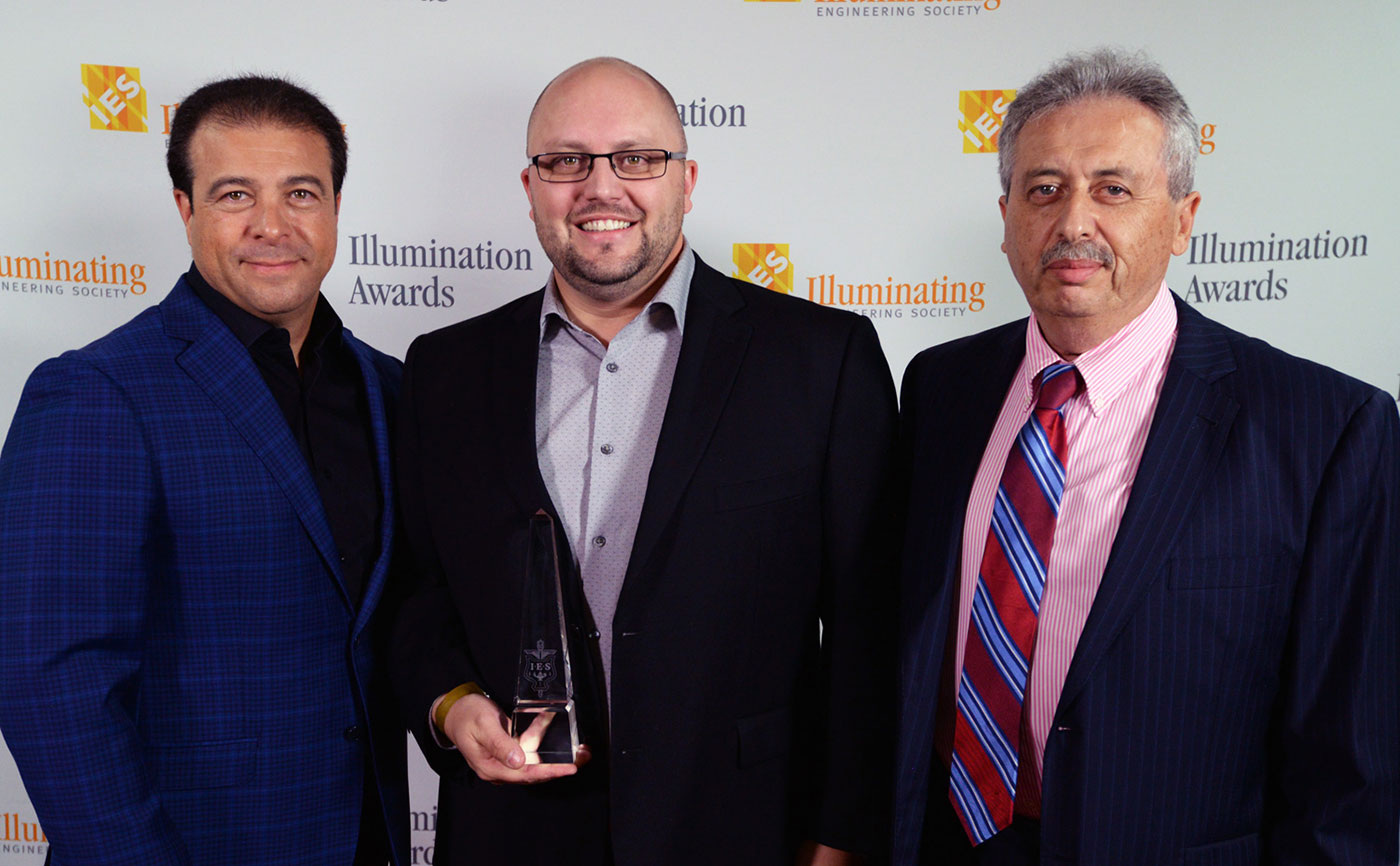 Salex is pleased to announce that it has been recognized with an Award of Excellence for Outdoor Lighting by the Illuminating Engineering Society (IES) for its work on the Niagara Falls Illumination Enhancement project.

The Niagara Falls project was selected out of international designs and chosen based on recognition of professionalism, ingenuity and originality in lighting design. This year a total of 14 projects and their design teams were recognized with 2017 IES Illumination Awards at the IES Annual Conference in Portland, Oregon. Salex president Nick Puopolo was onsite at the 2017 awards gala to accept this award. Salex –

After winning a global bid, Salex and a consortium of lighting specialists, engineering and design firms together delivered the first new lighting and control system in 20 years for the landmark waterfalls that make up Niagara Falls.
Using online mapping technology and AGI simulation, designers spent more than a year prototyping the new LED concept, and another year testing the technology, including on-site and at remote airstrip locations (so as not to reveal the designs to the public).

The new LED lighting and control system, which was unveiled on December 1st, 2016, boosts lighting levels up to 14 times higher than the previous Xenon system. Using 1,400 individual luminaires with a 2.5-deg beam arranged in RGBA clusters across 350 zones of control increases the color palette spotlighted onto the water to more than 16 million options. Scenarios range from ocean waves to rushing lava. The LED design reduces energy output by 60-80 percent and is projected to last 25 years—a significant leap from the previously installed lamps’ life span of 1,900 hours.